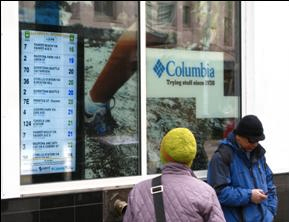 Seattle’s Third Avenue bus stops are among the busiest in the region: one bus stop may serve up to 15 bus lines and can average up to 4000 boardings on a typical weekday.
In order to provide users with a better service, Seattle DOT is deploying a variety of real time transit information around the city.
Local businesses and organizations on Third Avenue have contributed in making the deployment of Linutop systems very simple by hosting the power efficient PCs along with the 40” LCD monitors in their windows.

Linutop OS demo available below, allows you to create very easily a Digital Signage solution thanks to “Linutop Kiosk” software.

Picardie region, 20 Novembre, 14.00pm
The Picardie regional unemployment agency project:
Provide visitors at job fairs with the ability to sign up on the agency’s website in order to access their resumes or apply to an opening.
Project constraints:
- Limited budget
- Software compatible with recycled computers
- Low maintenance: ability to configure easily the limits of navigation authorised depending on the job fairs
Solution: Linutop OS is an inexpensive solution, which allows to repurpose a large panel of computers: the minimal system configuration (starting at 700MHZ PC) makes it very easy to recycle older PCs which would otherwise be hard to maintain now that Windows XP is no longer supported.
Linutop OS includes Linutop Kiosk which allows to configure the homepage in fullscreen without a navigation toolbar if needed and control the navigation through blacklists and whitelists.
The integrity of these systems is guaranteed by using Linutop Lock which can prevent the system from any alterations, whether by virus or user manipulation. This feature is key to avoid incurring ongoing maintenance costs that run typically quite high for computers in public space A demo version of Linutop OS demo, available for download, will allow each and every user to experiment with “Linutop Kiosk”. 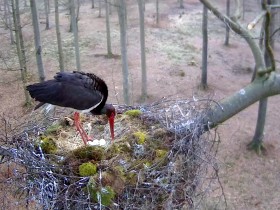 Paris, April 27th, 2012, 17.00pm
In Belgium, some Linutop 4 are used in order to record the nesting evolution of black storks.
The Linutop is protected in a weatherproof box recording viedos of these rare birds.

Its energy efficiency and small size as well as its low noise level makes Linutop an interesting solution for this kind of use. This is an illustration of many possibilities for Linutop solutions (home automation, cameras, etc.) 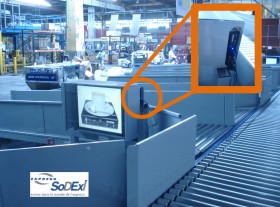 Paris, 26 Juin 2012, 11.00pm Sodexi (Society of International Express Development), from its headquarters hub at Paris CDG airport is specialised in express transport operations. Sodexi is a subsidiary of Air France – KLM .
Linutop is one of the solution, choosen by Sodexi, to carry out the parcels sorting. With Linutop 2 and Linutop 4, Linutop has many advantages on the production line :
- energy efficient : money saver for 24h / day use.
- maintenance free : thanks its configuration lock system.
- a very small size : small is beautiful !
- easy to set up : save some time in setting it up Linutop is in this case, an ideal technologie. 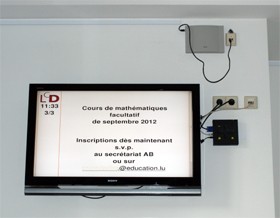 Paris, 03 September, 14.00pm
In this case, the Linutop are used in the Diekirch college as Digital Signage. The slides are designed by the college direction or by other people delegated (professors, employees, etc.). A PHP application developed by the IT team allows to configure :
- the message displayed – the location and the timing of each slide
- a format conversion from 4/3 to 16/9. Here, Linutop are used as mini PC. Its VNC configuration allows the Linutop to connect to a web platform in order to download the data (videos, photos, web pages, MP3). This system works in this college of 3 buildings which are 1 and 1.5 km away. Almost 8 to 10 mini PC Linutop are working.
In this example, the college has developed its own online Digital Signage solution. Linutop TV, new online Digital Signage service enable these same advantages. Linutop OS demo available below, allows you to access simply and rapidly to a Digital Signage solution thanks to “Linutop Kiosk” software. 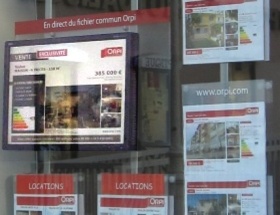 Vitrilia, a digital display total solutions provider, specializes in display services to real estate agencies.
The company looked for a small, robust, and energy-efficient computer which would obtain the latest real estate information via an internet connection to display at each real estate agency branch.

It was also important that the computer be low maintenance because technical interventions at each branch location would have been costly.
Finally, Vitrilia wanted a small size computer that would be easy to ship as well as discrete.

After considering a number of options, Vitrilia selected Linutop 2 because it is small, robust, low maintenance, and energy-efficient. Also, Vitrilia realized that in the long run, the Linutop would be cost efficient because it is built for high security with a re-set feature that eliminated the need for on-site technical intervention.

Another differentiating factor with Linutop was that the initial set-up settings could be easily replicated across Linutops using a USB key, making deployment across multiple units easy.

Today, nearly 1000 Linutop 2 are used in many real estate agencies as part of Vitrilia’s service offering. 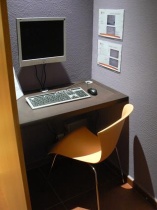 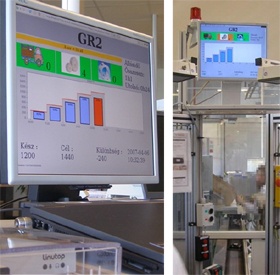